Trinidad James Reveals Where He Got That Puppy, Why Love is Overrated The rising “All Gold Everything” star discusses his wild video, fashion sense, and big money advance

When puppy-wielding, leopard-skin print wearing MC Trinidad James rode a Midas-touched bicycle to YouTube success last October with his insanely over-the-top , he’d been rapping professionally only about six months. Despite his starter status, his subsequent mixtape, the garish Don’t Be S.A.F.E. (Sensitive as Fuck Everyday) was enough to keep folks curious. By the end of 2012, the 25-year-old had signed a reported multimillion-dollar contract with Def Jam. When SPIN caught up with the Trinidad-born rapper, who was traveling home to Atlanta after a string of gigs in North Carolina, he said he was just beginning to put together ideas for his major-label debut, which may or may not come out this year. But about that dog...

Where’d you get the puppy you’re carrying around in the “All Gold Everything” video?
A friend of mine, who was standing right next to me when I was getting ready to shoot the video, he had his dog in his hands. I was, like, “Hey, gimme that dog.” It’s a pitbull. I’m not sure if it’s mixed.

How big is it now?
Huge! [Laughs] That’s why he won’t be in any other videos. It’s not the same feeling anymore. He’s all huge. When he was small, and a good size, it’s like, “Okay, it’s cool.”

The first line on your mixtape is, “When I was a young’un, I always had a hustle.” So what was one of your hustles?
In elementary school, I used to print out JPEG images of Dragon Ball Z characters and sell them. I would get two dollars, one dollar. It’s funny because you could say, “You’re selling pictures? Somebody else could just print out a picture.”

Speaking of money, what’s something you’ve already blown part of your advance on?
Nothing, I haven’t bought anything crazy. I haven’t even bought a car yet. A lot of people don’t understand just how much work it is to do music.

How do you respond to people complaining that you’ve gotten famous after rapping for less than a year?
I don’t say anything. Nobody’s ever said it to my face. A lot of people say it online, on Twitter and Instagram and all that type of bullshit, but ain’t nobody said it to my face. I always feel that God don’t give you nothing that you don’t deserve.

Have you really been rapping for only 11 months?
As far as rapping seriously, yeah. I’m going on a year. I just wanted to focus in on life and open up the doorways to some new accomplishments, finding better ways to take care of my mom.

You have a unique sense of style. What’s your fashion background?
For three to four years, I ran a shop in Atlanta called the Ginza Boutique, right on top of the Underground [shopping district]. I met artists like DJ Holiday, DJ Scream, Future, Yo Gotti. I never overstepped my boundaries, though. I never tried to give them music to play for people. When I went to my first radio station where DJ Holiday works in Atlanta to debut “All Gold Everything,” when he seen who Trinidad James was, it kind of blew his mind. He knew me. He didn’t know that Trinidad James was me. It was pretty cool.

The first line of your track is “Fuck love, it’s overrated.” Come on, what’s wrong with love?
Don’t get me wrong, man. I was speaking for me. When I say it’s overrated, it’s from the aspect of everybody thinking about love and saying, “I love you.” But nobody knows what love is, man. You just say that shit just because you wanted to get some ass or you’re looking in my eyes, I’m looking in your eyes -- I mean, “you,” no homo. You’re looking in a girl’s eyes, and she’s looking in your eyes, and, “I want real love.” No, no, no, man. Get the fuck out of here. That’s stupid. Everybody’s just saying it. That’s why I say it’s overrated.

When’s the last time you felt sensitive as fuck?
We’re not perfect people. From time to time things affect me. To the world, Trinidad James is this guy who has one of the hottest songs on the radio, who does a lot of shows, who is about to go on tour, signed to Def Jam. I’m famous in people’s eyes. So with that being said, there’s a lot of things that happen, there’s a lot of things that I’m learning when it comes to the industry or whatever it is that I don’t always agree with. The title on my tape is just a reminder. When you see it, with that weird guy on the cover -- if I feel comfortable enough with myself to put myself on the cover the way I naturally look, not digitally enhanced, whatever you want to say about my teeth, you can say it. Take whatever shots you want to. I don’t give a fuck, because I’m not gonna be sensitive about it.

PREVIOUSDeadmau5 On Beefing with Madonna, What He Shares with Dave Grohl, and Why One Direction Are the Future 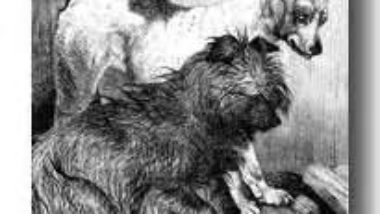 Puppy in Process of Being Adopted is Stolen 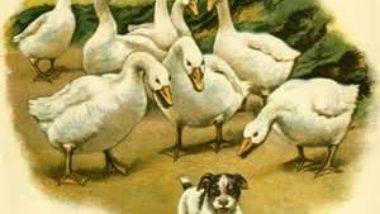