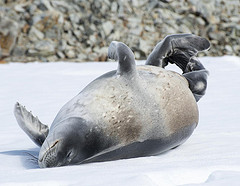 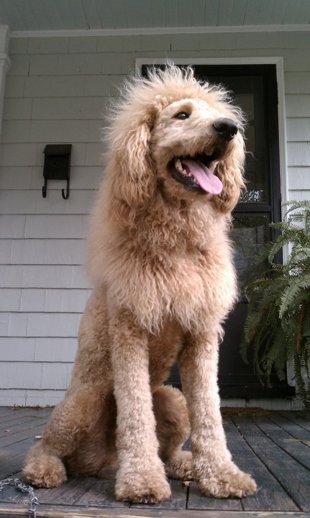 A dog shaved to look like a lion prompted someone to call police in Norfolk, Va., earlier this week.

On Tuesday morning, a 911 caller reported seeing a baby lion “walking down Colley Avenue, possibly looking for food,” according to the Virginian-Pilot. Police then called the Virginia Zoo, which reported both of its lions (Mramba and Zola) were accounted for.

Police officials say it’s not the first time Charles, a 3-year-old labradoodle, has been mistaken for a baby lion.

The dog’s owner, Daniel Painter, said Charles was groomed to look like the mascot for Norfolk’s Old Dominion University. Charles is known to neighbors, who often see the friendly pooch at University Pizza. He even has a Facebook page.

Painter said police have told him several times that his dog has been mistaken for a lion. He said he’s taken his dog from his Riverview home to Lafayette Park near the zoo and seen people run to their cars in shock.

“I tell people he’s a Lab-a-lion,” Painter told the paper. “And half the people believe that.”

Watch a short video of Charles in action below.

Puppy Teaches Younger Puppy to Climb Down Stairs, Because Puppies Are Great