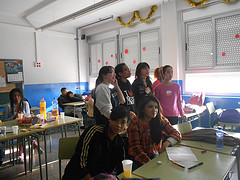 SAN FRANCISCO — Hudson Landers is high-energy and loves sports. Spencer Witaszek is into quiet evenings lounging at home. And Marley James? The Topanga Canyon blond enjoys the mountains and has an independent streak.

All three are looking for love, just not the kind you might imagine.

Hudson, Spencer, Marley and their two-legged guardians are part of a novel online service called City Dog Share, whose motto is as straightforward as its members: “I will watch your dog if you can watch mine!”

But the virtual community, which sprang to life 18 months ago in San Francisco and branched out into Seattle, Portland and Humboldt County, is more than just a canine-caring co-op. (An effort in Los Angeles is under construction.)

It allows dog-shoppers to try a pet on for size without the burden of commitment, by giving them a chance to spend quality time with other peoples’ pooches. The Facebook-based service also fills schnauzer-shaped gaps in the lives of humans whose apartments or schedules prohibit full-time furry friends.

And supporters also believe City Dog Share can help shelters and rescue groups find homes for abandoned animals by giving prospective puppy parents the comfort of a free backup care plan if they fear the responsibility that comes with any animal.

In a nation where social media aficionados share homes, cars and futures with total strangers encountered online, why shouldn’t they swap dogs that way too?

At least that’s how Marley’s mom views it.

Faith-Michele James, a Topanga Canyon wedding photographer and proud caretaker of Marley and Dojo, moved to Southern California from Santa Fe, N.M., in October. She left behind a network of friends and family members willing to let her animals out for exercise and bathroom breaks while she spent long hours shooting happy couples.

“I tried to hire two different people off of Craigslist” after moving, James said. “One nearly lost my cat. One nearly killed my dogs. She fed them nearly 30 pounds of dry dog food in two days…. I’m a little gun-shy with the Craigslist pet-sitter thing.”

Through City Dog Share, James worked out a pet-sitting arrangement with a canine named Pixel and his guardian, who travels a lot and understands James’ erratic schedule. Their only complaint is that Los Angeles’ dog-share community is way too small.

When it comes to the suburbs northwest of Los Angeles, James and her pet-care partner “are pretty much the only game in town,” she said. “Hopefully, it will grow…. If it could be more active like it is in San Francisco, and we had more options, it would be more useful for people.”

Husk isn’t surprised that San Francisco has the most robust group to date.

Named for the patron saint of animals, this city is thought to have more canines than kids. Municipal codes describe the rights and responsibilities of dog “guardians.” San Francisco is compact, navigable and built on a foundation of tight-knit neighborhoods.

The dogs in Husk’s life are Butter and Duke, a.k.a. Feo — a miniature golden of sorts and a black sort-of border collie who live with Husk’s parents in San Luis Obispo. Even though Husk, 37, wasn’t sharing living quarters with any four-legged friends, the San Francisco resident got the idea for City Dog Share when he realized he was spending all of his free time taking care of his friends’ companions.

Prospective members apply via the nonprofit’s Facebook page. The community is self-policing and makes no promises. But Husk does have certain standards for joining.

One recent chilly day, Husk sat at a Mission District cafe, laptop open, sipping tea and checking out 30 or so City Dog Share applicants. Jim was first in the queue.

“This guy here, he requested to add,” Husk said before sending the application to dog-share limbo. “He has no [Facebook] profile photo, only 18 friends. He could be a creeper. It’s not comforting.”

Someone calling herself BurgerTime also got the thumbs down, as did Teresa. Husk was on the fence about Beatriz — 400 friends but no profile photo and no message button to allow him to send an email.

Christene Pinter, an Oakland pet portraitist, and her companion Pinxo, a former Mexico City street dog, joined City Dog Share about a year ago but have only begun to get their paws wet. They agreed to care for Stella, a perky Pomeranian, so her guardian could go to a Christmas party.

“She was very cute, but she has very big separation anxiety,” said Pinter, who would like to get to know Stella better before she and Pinxo spend alone time with her again.

“I think it’s important to get to know the dogs,” Pinter said. “Dogs are like children — except they have very sharp teeth.” 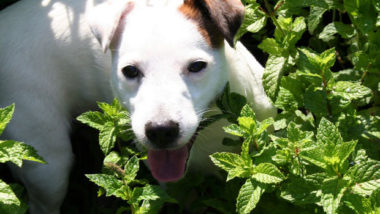 Puppy Bowl is back – now with hedgehogs