Ruling reopens door for use of dogs in wolf hunting 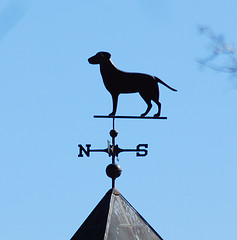 Wolf hunters can use dogs to hunt wolves during the 2013 season, a Dane County judge ruled Friday, but he threw out state rules that allow the use of wolves in the wild to train hunting dogs.

Dane County Circuit Judge Peter Anderson, who had issued an injunction before the 2012 hunting season barring the use of dogs to hunt wolves in northern Wisconsin, said in a ruling from the bench Friday that he did not have the authority to force the state Department of Natural Resources to create a rule that doesn’t exist.

“They have the authority, but they did not have the obligation to do more than they did,” Anderson said. “There is a real difference in my mind and in the law between an affirmative rule … versus the non-existence of a rule.”

The injunction, Anderson said, will be dissolved once he issues a written ruling next week.

However, Anderson also found the state DNR rules that allow training dogs to hunt wolves to be “arbitrary and capricious.”

Lawyers for the DNR and hunting groups that sought to allow the use of dogs said the effect of the rulings was not immediately clear, other than that dogs would be allowed back into the woods for the 2013 wolf hunting season.

What remains to be seen, they said, is what would become of new rules now in the works by the DNR that concern the training of dogs to hunt wolves.

Hunters killed 117 wolves, one above the quota, during the inaugural hunting season, which closed on Dec. 23. The season was to have ended on Feb. 28 or when the quota had been reached.

Carl Sinderbrand and Jodi Habush Sinykin, who represent state humane societies and groups that sued to oppose the use of dogs in wolf hunting, said they regard the rulings as a victory.

The next hunting season is months away, Habush Sinykin said, but Anderson’s ruling stops training activity that could have started immediately. The groups have expressed concerns about violent confrontations between hunting dogs and wolves.

“Training would have commenced tomorrow if the judge hadn’t ruled today,” she said. “That’s the immediate concern because the hunting season is closed.”

Hunting groups that had stepped into the case were more cautious about predicting what would happen next with regard to dog training.

Dog training is currently going through the rule-making process, DNR lawyer Thomas Andryk said. The process is long, he said, and rules won’t be ready in time for the 2013 hunt, but should be in place before 2014.

He said it’s possible that Anderson would revisit the training issue once the new rules have been created.

DNR Secretary Cathy Stepp said she was pleased that Anderson ended the ban on dogs for wolf hunting but disappointed with his decision to prohibit training of dogs to hunt wolves.

“We will continue to seek input from the public and from stakeholders, including tribes, as we continue to develop permanent rules on the wolf season, and the use of dogs for both training and hunting of wolves,” she said.

Anderson said the use of dogs could change through legislation because of the visibility the issue has received through the court case.

“I think a lot of people in the state think it’s nuts to use dogs to hunt wolves,” he said. “I don’t have a strong opinion one way or the other. And even if I did, that’s not the question.”

Willoughby: What is my dog? Definitely a bird dog!