Willoughby: What is my dog? Definitely a bird dog! 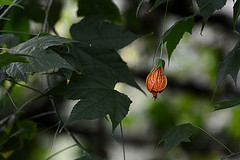 What kind of dog is that anyway?

It’s a question I get a lot. One of these days I’d like to answer, “She’s a bird dog,” even if it’s technically only half true. Despite the docked tail, instinctive point and lithe, athletic frame of a vizsla, the other half of my hybrid hound is farm-bred Australian shepherd.

As it stood in this second season of our bird hunting experiment, I didn’t have quite enough confidence to make that claim yet. So last week I set out to find out what kind of dog Bailey really is.

More dedicated readers may recall that we found our young pup in a shelter about two years ago, putting considerable time in since to nurture her underlying instincts as a bird hunter. Describing her development as an obsession isn’t entirely accurate, given the limited opportunities to perform in the field. But as anyone who has ever trained a sporting dog knows, it demands a symbiotic sort of dedication. Within it we both find purpose.

As a story line, it’ll never compare to “man bites dog.” But I like to think the reason the whole “raised by wolves” legend is so compelling is because it mirrors what so many of us do with our dogs, humanizing them as we bring them into our homes and lives. Believe me, the little brown mongrel at my side is no different.

I was convinced I owed Bailey the present of a Christmas bird hunt. Since there’s no such thing as a Christmas bird, we settled on pheasants at the Broken Spoke Game Ranch near Grand Junction.

It only took an hour to begin feeling like I’d bitten off more than I could chew. Deep into the second hour, the doubts were firmly fixed.

That’s when I remembered “dog time.” That’s what trainer Bob Porter of Strasburg calls it. Dog time is that stretch of patience required to let the pup figure it all out on her own terms. When the master quits prodding with commands and coaching long enough to let it all sink in. It’s the reason we were there.

Turning my attention away from the dog and toward the snowcapped Grand Mesa, sure enough, we soon spotted the first rooster. Or rather, he spotted us as he poked his head up from behind a tree and darted out the back as I quickened my pace. I sent Bailey in chase to force a flush, but the bird flew low with the dog between us and I called her off. That one escaped, but the game was afoot.

The next one came easier, as Bailey locked into a rare point and the bird flew when I walked up behind her, falling on the second shot. Giddy over the ultimate game of fetch, she sprinted for the retrieve, pausing only to toss the bird in the air a few times before bringing it to hand.

Bailey’s nose caught the scent of another rooster soon after. Although difficult to pinpoint, she circled the bird until it flushed, then reined in her playful disposition long enough for a textbook retrieve.

I’d already considered the day a success when I saw the dog in a perfect point, front foot raised, nose nearly on the ground about 40 feet in front of me. At my prompting, she nudged the tuft of dense cover, launching a ringneck into a low trajectory toward the tight trees and thickets of a shallow drainage nearby. One slap of the trigger and the 20 gauge knocked the big bird to the ground before it took off running.

I sent Bailey into the snowy tangle of briars and branches, where she quickly ran down the rooster and rooted it out from beneath a log, beaming with pride as she delivered her final prize in an inspiring display of teamwork to cap the day.

It was one of those sappy man’s best friend moments they might make movies out of, if not for the death and drool. But the message in that moment was evident: bona fide bird dog, of her own design.

Ruling reopens door for use of dogs in wolf hunting

Naperville's police dogs trained to handle just about anything