“A weaker dollar and a return to a more robust Europe and Asia could mean a doubling of that performance, which is why my charitable trust wants to sink its teeth into the name in an aggressive way if it stays down here,” said Cramer.

“The increase seems a little stingy considering the company’s new product cycle,” mused Cramer. “I think the stock can return to the low $ 30s from $ 27, where it is now, and if not, I suspect this will be the year of new management and reorganization.”

“I can’t believe Boeing performed this poorly,” said Cramer with disbelief. “Worst shall not be first, but a tripling of that gain could be reasonable this year. I expect a terrific quarter here, the first of many.”

“Worldwide growth should make Exxon a much better play this year,” said Cramer.

“Frankly, I just don’t believe it can stay this low in a global growth environment. Plus, Alcoa will be helped only by the hideous expectations it has set for itself. A very low bar made of aluminum does keep it from advancing as the glut shows no sign of ending,” said Cramer.

“This may be the best dog in the kennel,” said Cramer. “I think it’s the best China play in the Dow, My charitable trust is betting that CAT could go up at least 10% before it even begins to get fairly valued.”

“It’s cheap but unless this quarter gives us re-accelerated growth, something that could be impossible given its dependence on commodity chemicals, then it will only repeat its poor performance,” said Cramer. “Color me nervous.”

“McDonald’s can recover some, but maybe not all,” said Cramer. “It feels like the magic’s gone and management doesn’t recognize the daunting tasks ahead. A weak dollar seems like the only tailwind.”

“We all know what’s bad, how about what’s good? There’s a strong balance sheet and they are leveraged to the global economy,” said Cramer. “Let’s just say I don’t expect Intel to lose money, which would be a nice improvement.”

“This one put on a suicide vest and almost took the whole Dow down with its negative 44% performance. I don’t expect a hideous repeat. However, I still expect it can’t help the averages unless it’s kicked out of them entirely, certainly a possibility, or it gets a bid from Oracle. Stranger things have happened.” 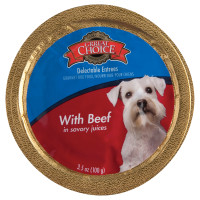