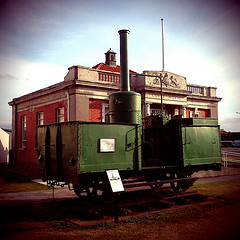 UPDATE: Noel, the sick puppy stolen Christmas Eve from Big Dog Ranch Rescue, was found safe on Wednesday in New Smyrna Beach in Volusia County and is on her way home, said Lauree Simmons, president of the Wellington animal shelter.

Simmons said the 5-week-old Chihuahua mix was found at the home of a relative of a kennel worker. Noel  disappeared while the kennels were being cleaned.

The shelter was contacted by a person who heard about the puppy being stolen and knew where she was, Simmons said. A shelter employee drove early Wednesday to New Smyrna to pick up the puppy, which has a hernia and could die if not treated.

They should arrive back at the shelter late tonight, Simmons said.

Workers at the Big Dog Ranch Rescue in Wellington are upset someone stole a puppy from them on Christmas Eve.

Lauree Simmons, president of the rescue group, said it happened right as staff members were taking donations for the dogs for Christmas.

Simmons said, “We had so many volunteers and adopters and people bringing gifts for the dogs yesterday and we can’t believe someone would just steal one of our puppies.”

The white and tan Chihuahua mix is only five and a half months old. The puppy, along with the rest of the litter, was rescued from Miami. Workers noticed the puppy missing Monday afternoon.

“The puppies were fed at 12:45 p.m. and the staff member went back inside at 1:15 p.m. to put the puppies back out for their afternoon playtime and the puppy was just gone,” said Simmons.

The puppy is in dire need of medical treatment. She has a hernia and like the rest of her brothers and sisters, she could die if it’s not treated. Simmons said it’s urgent that the puppy is returned because she’s scheduled to have surgery. Heartbroken that someone would do this during the holidays, Simmons said she’s willing to forgive the thief if they bring the dog back safely.

The Ranch is offering a $ 2,000.00 reward for the return of the puppy.  Contact the Palm Beach County Sheriff’s Office or Lauree Simmons at Big Dog Ranch Rescue. The caller can remain anonymous.

Copyright 2012 Scripps Media, Inc. All rights reserved. This material may not be published, broadcast, rewritten, or redistributed.