Grim existence for dogs in Attawapiskat 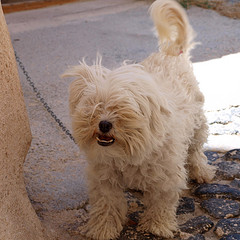 ATTAWAPISKAT, ONT.—The population of this reserve is about 1,900 people. Plus about 450 dogs.

There are Huskies, German Shepherds and Labradors, but most of all there are mixes of every breed that ever set paw in Attawapiskat. They are lean and thin under their thick coats. Snow is frozen around their whiskers.

None are pets, they don’t pull sledges. These are strays that forage for food in garbage and find refuge from the biting cold under trailers. Some are sick, others have wounds but they almost never bark or get into fights. They quietly stick to their streets, seeking anything from a pat to a piece of bread or meat.

“I can’t remember a time when there haven’t been dogs, so many, on the reserve,” says Eliya Kamalapisit, 16. She has “adopted” a female — a little black puppy with a gash near its left eye — that she feeds at least once a day.

But she acknowledges majority of the dogs on the reserve are strays, are almost never fed and have to fend for themselves, finding sustenance from garbage and handouts.

While most dogs remain friendly and rarely get aggressive, the ones who do are rounded up and taken out of town and shot. Sometimes, dogs are taken out in groups and culled because there are just too many of them.

Few people want to talk about it though. “I feel sad when it happens,” says Kamalapisit but knows it happens at least once a year.

The teen says she often wonders how they find food in a place as small as the reserve, where there is just one grocery store, a couple of cafés and no restaurant. “I really feel bad for them . . . but there isn’t much we can do,” she says.

In a place where there is staggering poverty, feeding and caring for dogs is not a priority.

Since the organization started nine years ago, it has rescued more than 1,000 dogs, who have been adopted across the province.

Recently, more and more dogs are coming from Attawapiskat, says Purdy. “They come at all ages . . . they are a few months old or a couple of years old. But in all these years, I have never seen a wild dog. Dogs up in the north are beautiful.”

She says dogs from Attawapiskat, and other northern communities, have at least eight breeds in them. “That makes them even better . . . they are not temperamental, they are wise and still have hope.”

Despite the annual culls, Purdy is hopeful for the canine future.

“People are recognizing that there are choices and they (dogs) don’t need to be shot,” she says.

There is a man in Attawapiskat — Purdy won’t say who — who helps get dogs out of the reserve. On his rescue list are a mother and her four pups that are waiting to be flown to Bracebridge.

The mystery man isn’t the only one helping dogs in town.

In February, Joe Kataquapit, who runs the Kataquapit Inn, saw that a female dog had given birth to nine pups. “She lived on this street, sometimes slept under here,” he says pointing to the long, red trailer that serves as his inn.

As workers arrived during the summer to work on the reserve, Kataquapit managed to get seven puppies adopted and flown out.

“I am sure they found a better place than this.”

I am a chemist and my greatest hobby is to train my dogs…why not combine the two?! Paige’s facebook- www.facebook.com Dexter’s facebook – www.facebook.com Contact us! snuggliepuppy@gmail.com Music: “East Side Bar” by Josh Woodward – www.joshwoodward.com …………………………………………………………………………………….. Chemical bonds are what hold atoms together. A chemical bond is an attraction between atoms that allows the formation of chemical substances. The electrons that participate in chemical bonds are the valence electrons, which are the electrons found in an atom’s outermost shell. An ionic bond is formed when one of the atoms will lose its electron to the other atom. This results in a positively charged ion, called an cation. and negatively charged ion, called an anion. Positive and negative attract! The result is ionic bond. Covalent chemical bonds involve the sharing of a pair of valence electrons by two atoms There are also what is called Polar Covalent Bonds. These are Covalent bonds in which the sharing of the electron pair is unequal. The result is a bond where the electron pair is displaced toward the more electronegative atom.
Video Rating: 4 / 5 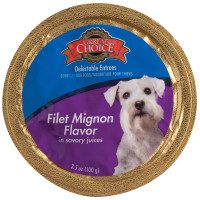 Q&A: How do I get my dog certified as an emotional support dog?