Dogs Get Pampered At Shaggy Chic

Dog on the roof 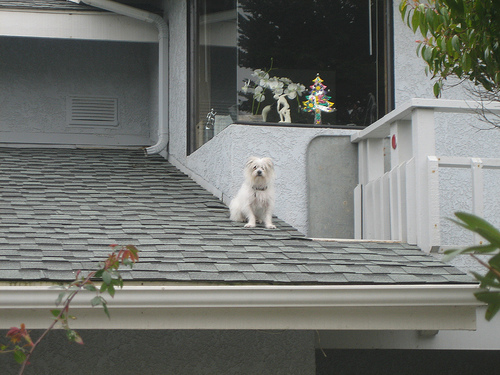 Image by TedsBlog
I’m walking into the main house when I hear a dog whining. Being a good person, I look around and see a dog on the neighbor’s roof. Being a good photog, I pull my camera out of my pocket and snap this pic.

I then walked into the house and did nothing.

There are two lounges, blowout stations and six vanity mirrors, each lined with nail polish bottles across the bottom. You might be guessing the new tenant at Tivoli Village is a salon. Right and wrong.

Introducing Shaggy Chic, a grooming service that sells salon products, treats, accessories and toys – all for dogs and all designed by owner Kelly Petersen.

A peek into the place reveals it hardly looks like a typical groomer’s. Silver-beaded curtains separate each station and, as Petersen puts it, “Obviously, the crystal chandeliers are crucial.”

Although dogs are scrubbed, trimmed and polished here, the only indication of such is the clientele. Dogs that have completed their grooming appointments wait in one of two “lounges,” which are enclosed and cushioned with pillows. A wash and glow service (bath, blowout, nail trim and ear cleaning) ranges from $ 45 to $ 95. And a full groom (wash and glow with cut and trim) starts at $ 45 for small dogs, $ 55 for medium dogs and $ 65 for large dogs.

Petersen priced everything to uphold a standard of “affordable luxury.”

“Pawdicures” (paw pad massage and nail polish) are $ 30 and blueberry facials (for coarse skin and darkening around the eyes) are $ 20.

Although all services are for their pets, she wanted to provide customers with a pleasant environment. With just two bathing areas and five crates, there will never be an influx of wet dogs, or the smell that comes with it.

“It’s for all of us to enjoy,” Petersen says. “(Dogs) are an extension of us. That’s why it’s more of a lifestyle brand.”

She doesn’t think of her Tivoli Village space as strictly a grooming salon or a boutique. It’s closer to a showroom, she says, for the slew of products she developed alongside a chemist.

Petersen’s best-seller now is the Shaggy Chic Keep It Calm Lavender and Neem shampoo and conditioner, each $ 18 for eight ounces. It’s designed for dogs with sensitive skin that have a tendency to scratch.

Every product, treats included, consists of human-grade ingredients and is human-tested because, Petersen says, “they’re members of our family.” So they should be bathed and fed as such.

Her jerky, for instance, is made by a butcher. It’s $ 8 for 4 ounces and each variety consists of three ingredients. Every edible Shaggy Chic treat is all-natural, soy, grain and wheat-free.

Some say that dog lovers can take things too far, imposing their own preferences on an animal meant to be, well, a dog. Petersen acknowledges that they’re probably right, but also recognizes that while dogs will be dogs, humans will be humans.

Nevertheless, most dog owners can count on their pet always craving a cookie, which is why Petersen built a cookie bar. They sell for $ 1.25 an ounce, come in 20 flavors and feature names such as BJ’s BBQ Chicken. Why? Because BJ, a dog of Petersen’s dog handler, used to steal barbecued chicken off his owner’s plate.

Not only do dogs of friends and family get their own cookie treat named after them, their photos are framed and hung on the walls, too.

Petersen’s love of dogs began with Carlo 25 years ago. She calls him her firstborn, which is why she dressed him in leather bombers and had his dog walker keep daily journals of his activities.

When Carlo died, it took Petersen three years before she could bring herself to own another dog. She now has several. At home are Moz, Zoe, Maud and Bounder. The misfits, she calls them. Outside of her home, she owns five award-winning show dogs, for whom professional handlers care.

Her affection for each of them, whether rescued or ribboned, led to the motto behind Shaggy Chic: Every dog deserves the good life. 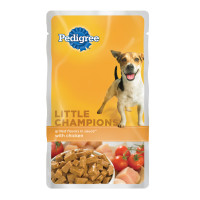 BEAt SKii B and his NEW hit FILTHY….thanks to E-FREEZEE…snoop dog in Jay-z and Kanye’s HOUSE!!