They don’t have demands, but they’re loyal to the cause and are always on the front lines of the fight. They run with protesters, lap up shots from water cannons, bark at police in riot gear and sometimes even bite officers.

Stray dogs are truly Man’s Best Friend for thousands of students and workers who demonstrate and clash with police nearly every day to press demands for education improvements, redistribution of Chile’s wealth and environmental protections. As the protests become fixtures in this modernizing capital, normally unnoticed street dogs have become stars in their own right, with the Facebook fan pages and fawning media coverage to prove it.

“Blacky,” a mutt adopted by young protesters, has become the most visible mascot, with rival fan pages totaling more than 7,000 subscribers or “likes.” Blacky’s admirers constantly upload pictures of him, many showing the mutt with a checkered kaffiyeh around his neck symbolizing the Palestinian resistance movement, dodging tear gas or growling at baton-wielding officers.

“Dogs are super loyal. They stand with the people and I think they support the students,” said Catalina Echenique, 17, who is planning to study psychiatry.

Free-roaming dogs number in the millions in Chile in a situation the nation’s Humane Society has called alarming. Dog owners rarely spay or neuter their pets, and commonly leave them outside when they go to work in the morning. Many roam the streets all day.

FILE – In this June 10, 2012 file photo, a dog runs in the spray as riot police use water cannons against demonstrators during a protest against the premiere of a documentary about the late Gen. Augusto Pinochet in Santiago, Chile. As the protests become fixtures in this modernizing capital, normally unnoticed street dogs have become stars in their own right. (AP Photo/Luis Hidalgo, File) Close

Dogs lurk around the presidential palace, take naps in parks and always seem in search of a bite to eat or the next protest.

While strays are feared in countries such as India, where tens of millions of street dogs have a reputation for biting people and spreading rabies, Chileans often feed and take care of strays. Protesters, for one, are glad to have the dogs on their side of the fight.

Students have been hitting the streets for more than a year and a half demanding overhauls to a school system that’s been privatized since the 1973-90 dictatorship of Gen. Augusto Pinochet. Protesters say families must struggle with underperforming public schools, expensive private universities and education loans at impossible interest rates.

Two military officers in impeccable white uniforms walked out of a subway station recently as two blackened mutts followed them ahead of a crowd of young protesters who booed and shouted insults.

More dogs followed the sounds of sirens — and the promise of a water jet some blocks away. Police fired tear gas and the hounds ran to chew on the canisters. From a plume of smoke, Blacky dashed out, this time wearing an orange bandanna.

A mass of students and hooded members of anarchist groups loitering at nearby parks flooded into the streets for yet another confrontation.

Meanwhile, Echenique sat in a circle with other students, a stray napping next to them while they prepared to clash with police.

“With a good education we can generate conscience to protect animals,” she said.

Despite the propensity of dog packs to join protesters, they’re not at constant war with the police.

Just a few blocks from the recent confrontation, police and pooches appeared to be enjoying a peaceful timeout. One stray snoozed under the noon sun next to a traffic officer at a busy intersection, while another quietly napped in the shade cast by paintings propped on artist easels in Santiago’s main square, the Plaza de Armas. 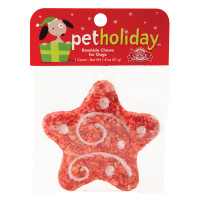 Encourage your dog to gnaw, chew and munch in a nondestructive way by offering one of these tasty Grreat Choice Rawhide Munchy Star for Dogs. The natural-flavored rawhide treats in this gingerbread shape provide a festive, exciting variety for your dog’s taste buds, as well as the same classic rawhide texture that canines love to chew. A PetSmart exclusive. Ingredients: Rawhide, Rice Flour, FD&C Yellow #5, FD&C Yellow #6, FD&C Red # 40, FD&C Blue #1, Titanium Dioxide Advice for use: Supervise use. If your pet is unaccustomed to this product, serve in a limited amount initially. Intended as a treat, not food. Recommended size is slightly larger than pet your pet’s mouth. Wash hands with soap and warm water after handling. This product may stain. Caution: Excessive use of this product may cause gastric upset. Remove decorations before giving to your pet. 1 Count – Net Wt. 1.8 oz (51g) 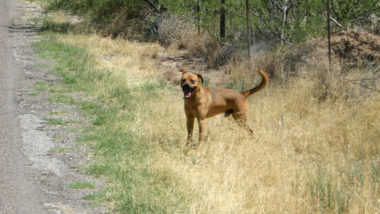 What type of inexpensive ear cleaner for dogs?