Despite the first competition, Yoda – a 14-year-old Chinese crested and Chihuahua mix overcame his rivals for the World’s Ugliest Dog title on Friday, June 24, 2011, in Petaluma, California.

On 24 June, the 23rd annual contest was held at the Northern California Fair, USA to crown the World’s Ugliest Dog. At this contest, a 14-year-old Chinese crested and Chihuahua mix named Yoda became the winner. The dog’s owner, Terry Schumacher, said she found the dog outside and thought this dog was a rat before discovering she was a homeless dog, and then she took it her home. It is difficult for her to think that her ugly dog would be an instant celebrity after defeating 30 dogs to win $ 1,000 in the World’s Ugliest Dog contest on Friday in Petaluma, California.

The World’s Ugliest Dog title is owned by Yoda – a 14-year-old Chinese crested and Chihuahua mix held on Friday at the Northern California Fair, USA

Yoda and its owner Terry Schumacher who found it abandoned behind an apartment building. At the first sight, she thought this dog was a street rat

World’s Ugliest Dog 2011, Yoda looks quite lovely in the contest

Another dog seems to be jealous of “the beauty” of Yoda

The 2009 Winner named Pabst is a boxer mix

2008 Winner: Gus is a one-eyed and three-legged Chinese crested dog

The 2007 World’s Ugliest Dog Winner: Elwood is a kind of Chinese crested-Chihuahua mixes like Yoda

Hector, one of the potential candidates for the title “World’s Ugliest Dog 2011″, who proudly shows off his protruding tongue, hairless body and crazy tuft of hair

Icky kisses its owner Jon Adler for good luck before the start of the 2011 World’s Ugliest Dog Contest on Friday, June 24, 2011 in Petaluma, California

This 14-year-old Chihuahua mix named Ratdog, one of candidates in the 2011 World’s Ugliest Dog Contest on Friday, June 24, 2011, in Petaluma, Calif. He is an unlucky dog because of being born deaf and toothless

Mary Rose is currently a lecturer on society. In her free time, Mary is fond of joining social activities. Her goal is to provide up-to-date news and articles on society and culture.

My dog Beanie in her Yoda costume being cute. 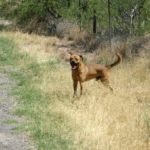 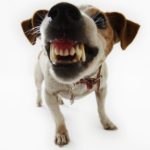 Yoda Dog Costume Image by Matt Hamm This is the funniest thing I’ve seen all year. poor little doggy… who would do that to the little fella? TODAY's Talk: Week of March 11 Wednesday, March 13. The 4th Hour is going to the dogs…Hoda and Kathie Lee dress up to THANK YOU! Hoda makes a [&hellip;]

Q&A: How to dress my Pug for Halloween?

Question by tater: How to dress my Pug for Halloween? My little Pug…Iggie and I have been invited to a Pug Meeting Halloween Costume Party. I need to think of something original and fun (or scary) to dress my little guy in. Any ideas?? Best answer: Answer by jebustheunkillablethe little monkey guys from wizard of [&hellip;] 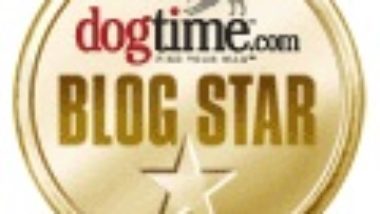 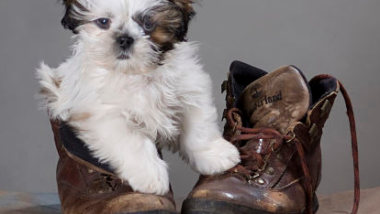