German Shepherds are not a placid, sedentary breed like the cavalier King Charles Spaniel. In order to be healthy, happy and respond to training, they need to be exercised regularly every day – including a walk of at least a half hour, plus a romp in the yard. You live in an apartment? Then you really should consider another dog. Otherwise, they will damage your apartment in boredom and to burn up excess energy.

You will need to brush your German Shepherd every day to keep out tangles and to keep shedding to a minimum. Most German Shepherds have thick, double layer coats, although there are many with single layer coats. Bathing the German Shepherd Dog too often can result in shedding and dandruff production beyond belief so only bathe when absolutely necessary. Train your dog to be still when brushed and do it after exercise.

German Shepherd dogs are highly trainable, providing they get regular exercise and aren’t overfed. Too much food for a German Shepherd is like giving too much sugar and caffeine to a child – they can’t help being a bit hyper afterwards. They are also more trainable and calmer is you have them spayed or neutered.

This also cuts down in incidences of wandering, aggression and cancers of the reproductive organs. Leave the breeding of German Shepherds to the experts.

Even though many of these health problems can be easily treated, the previous owners do not want to or cannot pay the vet bills and instead abandon the dog. When you get a German Shepherd keep in mind that they may need frequent visits to the vet.

About the Author:
Jan Ryan is a passionate lover of the German Shepherd and has a popular website that can teach you how to have a happy, healthy and well behaved German Shepherd. Among other topics at this website, you can also learn all about German Shepherd Working Dogs plus a whole lot more.
You May Also Like These Topics... 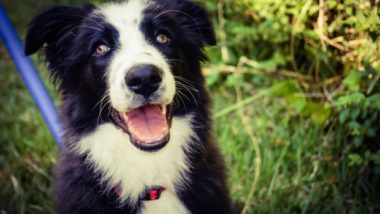 Examining Dog Food- What Does Your Dog’s Food Contain?

All About Yorkies, Understanding Yorkies