Beagles are one of the most affectionate and loyal of all dog breeds.

They are members of the American Kennel Club (AKC) Hound Dog Group, and are the smallest and one of the oldest known of the hounds. Beagles are scent hounds used mainly for hunting rabbits to larger hares, but have also been used to track larger game. This breed has a long healthy history of earning it’s keep with families and other dogs.

Beagles are notorious for their curiosity and their great sense of smell. Because of their small and consistent size, beagles are often bred specifically for laboratory research. Generally, they are intelligent and adept at solving problems. Beagles are

energetic, active, alert and even tempered.

Very few beagles can be trusted off-leash in an unfenced area, and many beagles are infamous as escape artists. They are also known for their loud warning bark; a big noise from a relatively small dog.

The history of the Beagle and how it became a hunting dog is somewhat clouded. They have been around for centuries, perhaps even millennium, as records reveal Beagle-type dogs as early as 400 BC. England adopted the beagle early in its history, and the hounds quickly became popular with the British monarchy.

Over the years, the breeds appearance went through many changes. Beagles appeared in the

United States during the 1870’s-1880’s with the importation of the breed from England. Up until the end of the Second World War, there was very little difference in appearance between hunting beagles and the pet / show type. Modern beagles are small short-haired hounds with long ears that lie against the head. A good size for almost all households, very handsome in appearance, a musical bark; the Beagle has something to offer almost everyone.

Although a sweet and affectionate dog, beagles are sometimes considered mischievous “problem children”. Basic obedience training should get the dog to respond well and prevent behavior problems early on. Hopefully you and your beagle will be spending a lot of time out and about enjoying a walk, which is a great time to teach them good “doggy manners”. Crate training has further been effective in correcting bad behavior. Obviously, any dog that is mistreated, has a tendency for unpredictable behavior, and the beagle is no different.

Some digging behavior is related to breed; beagles, for example, instinctively feel digging is part of their life’s work.

Beagles are smart dogs and are definitely trainable. They are very unique little characters. Since they are pack dogs, they will attach themselves to you and your family. They are extremely social and HATE to be left alone, and will get into trouble if they are left to themselves. Generally, beagles are happy-go-lucky dogs that are a pleasure to be around. They make great pets, and their curiosity can be quite entertaining. Beagles are usually not aggressive toward other dogs, children, or strangers; but they will defend their territory, so be prepared for at least a bit of barking. Beagles are a very fun loving and warm-hearted breed that has a lot of personality, but they are also high energy and need lots of exercise. 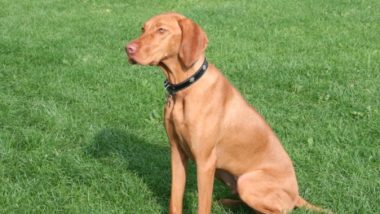