Messenger dog with its handler, in France, during World War I

Messenger dog with its handler, in France, during World War I 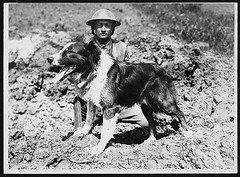 Image by National Library of Scotland
Messenger dog with its handler, in France, during World War I. This collie dog worked as a messenger in the front line under constant gunfire. A scrolled up message can be seen attached to the dogs collar. Dogs were also used in the trenches to kill rats and mice, thereby protecting food supplies. In addition to carrying out messenger duties and various other tasks, a regimental mascot also helped to maintain the troops morale.

Most of the armies involved in ‘the Great War’ had specially trained dogs in many of their regiments. These dogs performed a wide range of important tasks, including carrying messages, sentry duty, acting as decoys, ambulance duties and killing vermin. Keeping a pet also helped to raise the morale of the soldiers, by adding an element of domestic home life to the trench.

[Original reads: ‘OFFICIAL PHOTOGRAPH TAKEN ON THE BRITISH WESTERN FRONT IN FRANCE. "Bruce", a well known messenger dog who is always working under shell fire in the line.’] 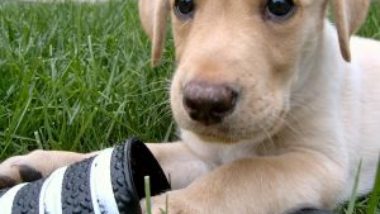 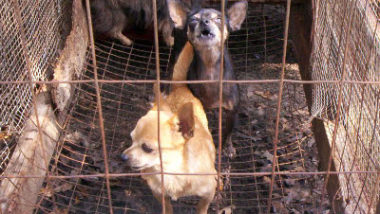 My dog liked to eat food out of empty cups :s