British messenger dogs with their handler, France, during World War I

British messenger dogs with their handler, France, during World War I 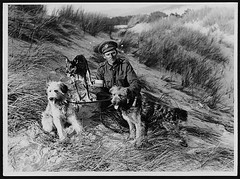 Image by National Library of Scotland
British messenger dogs with their handler, France, during World War I. A British soldier holds three dogs which were trained to carry messages between the lines and command during World War I. Usually the dogs had been strays, so one particular breed of dog could be not preferred. Generally, however, traditional working breeds, such as collies, retrievers, or large terriers, were chosen for messenger work.

Messenger dogs were based in sectional kennels near the front lines. On average each sectional kennel had 48 dogs and 16 handlers, a ratio that indicates how important the dogs’ work was at the front. Before being shipped to France the dogs were trained at the War Dog Training school in Shoeburyness.

[Original reads: ‘OFFICIAL PHOTOGRAPH TAKEN ON THE BRITISH WESTERN FRONT IN FRANCE. British Messenger Dogs which gave an exhibition of their skill to Dominion Journalists.’] 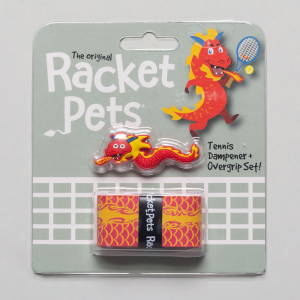