The Taco Bell Chihuahua is often cited as one of the causes of a the upsurge in popularity of the breed. So, what’s up with this tiny dog, and why is it gaining admiration?

Some claim the Chihuahua is bad natured with other breeds of dogs. However, there are many exceptions, and many Chihuahua owners report just how sociable their Chihuahua is with other breeds. Because of their small size Chichuahua’s are far from “child-proof”, but they can peacefully co-exist with children who are gentle.

Rich with history and legend, the tiny Chihuahua dates back to pre-Columbian Mexico, and is the oldest breed in the Americas. Chihuahuas were originally thought to be successors of a dog similar in form to the Chihuahua, but only bigger in size, the Techichi. Historical carvings found in the Monastery of Huejotzingo, on the road from Mexico City to Puebla, seem to support this theory. Others believe they were brought from either China or Egypt to Mexico by Spanish merchants. Regardless, the modern variant of the Chihuahua was discovered in Mexico by dog fanciers about 100 years ago.

You will gain much attention and make many an acquaintance due to the diminutive and unusual appearance of your Chihuahua. One of the first aspects of the Chihuahua dog that you see is its saucer-like eyes and large, erect ears. Dark wide-set eyes lend the breed its alert look. Despite its frail appearance it is a lively and spirited dog. The Chihuahua is the smallest of the AKC registered breeds, weighing in at two-to-six pounds. The Chihuahua has no height standard but usually stands about 5 inches tall and weighs no more than 6 pounds. Very concerned with grooming and appearance, they never mind being pampered or fussed over. Chihuahuas may have two different distinct hair coats characterized as either “short hair” or “long hair”.

Although it’s the world’s smallest breed, the Chihuahua is hardly aware of that. In what seems like a very tiny dog, a personality the size of a Great Dane emerges. The Chihuahua will usually claim ownership of one or two family members with whom it bonds tightly. They are very proud of their tail, and carry it high like a flag, this typifies the breeds personality.

In summary, the Chihuahua is graceful, alert, and swift. They are not really good around strange dogs, nor children. The most common type of Chihuahua is the shorthair although the other variant of the breed is the longhair. Generally, the Chihuahua is a fine companion dog, especially if you are looking for a lap dog. But, let family and friends know that your chihuahua can summon armies of men at a moments notice if not obeyed!

A Chihuahua is a long-term commitment. To read about a Chihuahua is quite different than actually meeting one, so go out and meet one! 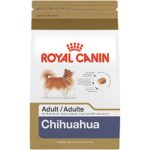 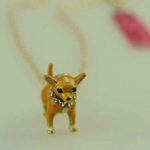 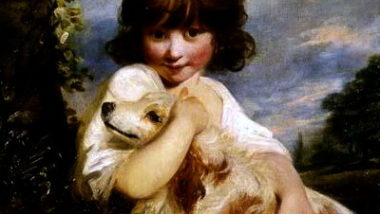