The British registered the breed as the Flat-Coated Retriever in 1913. The breed was renamed the Golden Retriever in 1920. The United States registered the breed in the sporting group in 1925 and Canada followed in 1927. The American Kennel Club sets the standard breed characteristics for all dog breeds that engage in AKC competition. A champion Golden Retriever breeder will select and breed dogs with the most desirable genetic traits and pedigreed bloodlines.

The American Kennel Club registered the Golden Retriever in 1925 and the breed has had an illustrious competition history since. A Golden Retriever won the very first obedience championship. Few Golden Retrievers are behavior school dropouts. The breed excels at following directions and learning new skills.

Many buyers desire not only purebred Golden Retriever puppies but also champion purebreds. Though the price is higher, puppies from champion lines retain their value and may pay owners back in a big way if they win in competition. Unfortunately, because of the demand for Golden Retrievers, there are illegitimate breeders who will falsify records to raise the price of non-champion litters.

Pet buyers should never buy any animal from a pet store. Though animals may look cute and forlorn behind the glass, there is no telling where they have come from or what they have already endured in their short lives. Only unethical breeders sell Golden Retriever puppies to pet stores.

A Golden Retriever breeder loves the breed want to know where their puppies will end up and would like to stay connected with them and hear about their progress. Breeders who sell to pet stores don’t know or care what type of home Golden retrievers end up in and do not try to keep in touch with buyers once money changes hands.

Besides staying away from pet stores, buyers should look for qualities in a good Golden Retriever breeder such as maintaining a clean kennel, treating all puppies and parents as members of their own family, screens potential parents for genetic defects, provides warranties and may accept no refund returns and can provide complete documentation of ancestry, pedigree and medical records.

Good breeders want to see puppies go to loving, permanent homes. They want to interview buyers and have buyers interview them. Breeders who sell to pet stores don’t know what type of home their puppies will go to and never meet buyers or see their puppies again. The only good places to buy Golden Retrievers are from respected breeders with references and their own kennels or from rescue centers, which are often run by knowledgeable breeders.

About the Author:
Carol Matthews is an avid lover of the Golden Retriever and has a popular website that can show you how to have a happy, healthy and well behaved Golden Retriever. Among other topics there, you will find out more about Golden Retriever Breeders plus a whole lot more.
You May Also Like These Topics... 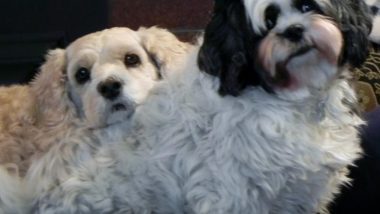 Rewards Based Dog Training Techniques Are Best For Small Dogs