The title of this article may strike some as odd, but it actually makes an odd sort of sense. You see, one of the Google searches that landed at this site was for the phrase “french lhasa apso”. This phrasing suggests that someone – most likely because of the elegant appearance of the Lhasa Apso – believes this dog to be French. Hopefully, this article will set the record straight regarding this dog breed, often described as a “big dog personality in a small package”.

DNA Analysis has identified the Lhasa Apso (or Lhasa Terrier) as one of the 14 most ancient dog breeds. It is believed that the breed originated from Lhasa, the capital of Tibet around 1200 years ago. These dogs were raised by both the aristocratic part of the Tibetan society and by Tibetan monks in the monasteries. Considered very valuable both spiritually and materialistically, to be presented with a Lhasa Apso was a sign of great honor, and the recipient would be blessed with good fortune. Lhasa Apsos were never bought or sold in Tibet. Instead, the Dalai Lama sent Lhasa Apsos in pairs to the emperors of China and high ranking visitors as gifts.

The Lhasa Apso was developed by the Dalai Lamas to be an indoor guard dog in palaces and temples. The dogs learned to be wary of strangers from their owners, who, due to the geographical location of Tibet, were also cautious of outsiders. The name Apso is most likely adopted from mispronunciations of the Tibetan word “rapso”, meaning goat (or bearded). Therefore we have Lhasa (capitol of Tibet) Apso (goat/bearded one). The Lhasa Apso is known in his native Tibet as “Abso Seng Kye,” or “Bark Lion Sentinel” Dog, and has also been referred to as the “Gompa” (meditation room) dog.

The Lhasa Apso is an animal which is well adapted to the harsh environment that is found in the the Himalayan mountains. It is one of four breeds of dog whose history lies in the country of Tibet, a land where only the hardy could possibly dare hope to survive. The coat of the lhasa apso is coarse, long and straight, with a dense undercoat. The heavy coat of Lhasas can explained by the geographical features of Tibet: the temperature frequently drops below freezing thus making it hard for a dog to survive without sufficient insulation. Lhasas were rarely groomed by their owners thus allowing the breed to adapt to the harsh weather conditions.

The Lhasa Apso was pretty much isolated to the areas around Tibet until fairly recent history. In 1901 Mrs. A. McLaren Morrison brought the Lhasa Apso to Great Britain and Ireland where it was registered as an official breed in The Kennel Club in 1902. The original American pair was a gift from Thubten Gyatso, 13th Dalai Lama to C. Suydam Cutting, arriving in the United States in the early 1930s. The American Kennel Club officially accepted the breed in 1935 in the Terrier group, and in 1959 transferred the breed to the Non-Sporting group.

World War I had a devastating effect on the breed. It has been reported that as few as 30 Lhasa Apsos may have existed in Tibet at that time.

During the Chinese invasion of 1959 almost all domestic Lhasa Apsos were slaughtered in Tibet. Wild Lhasas are still said to exist in the wilder areas of the country.

The Lhasa Apso is regarded as an elegant and cheerful companion that is well suited to apartment/condo life because of its monastic heritage. It is tough and independent breed. In common with other Eastern breeds, the Lhasa Apso is also somewhat obstinate.

The Lhasa Apso is full of contradictions, which probably immensely pleased the Buddhist monks who invented the breed.

The monks believe that Lhasas are reincarnated snow lions (a mythical creature) and as such hold them in high esteem. Golden Lhasas are said to house the souls of the Dalai Lamas.

Lhasas tend to have a very long lifespan of 15-18 years. The oldest living dog in history was a Lhasa, documented 29 years of age in 1939

No breed has a history more exotic than the Lhasa Apso, with a rich history of interaction with man as a talisman, companion, and a symbol of divinity. 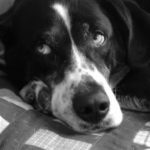 According to the American Kennel Club, Lhasa Apsos ought measure around ten to eleven inches at the withers. Males should weigh in between fourteen and eighteen lbs, and females between twelve and fourteen lbs. The forelegs should be unbent, and the rump should be well-developed and well-muscled. Llhasa Apso criteria call for brown eyes of [&hellip;] 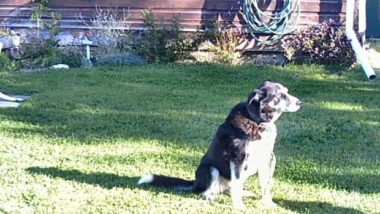 Getting to Know Your Pug